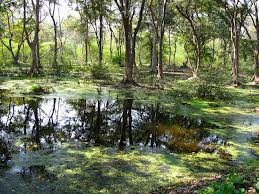 Unnao is located between the major cities of Uttar Pradesh namely Lucknow and Kanpur. This small town was earlier covered with extensive forests. However, in 12th century, a Chauhan Rajput, Godo Singh founded this town. Initially, it was name as Sawai Godo, thereafter this town was conquered by Khande Singh and later Unwant Singh who renamed Sawai Godo as Unnao. Due to its original roots in forests and wildlife this town is a home place for variety of species of birds and animals. Nawabganj Bird Sanctuary which was established in 1984 is spread across in an area of 2.246 sqkm. This Sanctuary is the most visited tourist destination in Unnao.

What to see there 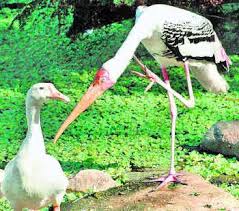 In order to enjoy the view of the migratory birds from various parts of the world, one should visit Nawabganj bird sanctuary during winter that is from November to February. Most of the migratory birds start arriving in this sanctuary in November. All the migratory birds arrive by the end of November and hence the most variety of species is visible in December and January as the birds again start flying to their homes from February. The temperature here in winter goes as low as 3 degrees. Visiting this Sanctuary in summers is not recommended. The temperature in summers is as high as 45 degrees.

Explore more about Tourism in Unnao