* In case of any delay in receiving the OTP, you may verify it later. Please proceed without verification.

Unnao is a small city located in north of India, in Uttar Pradesh. Having a population of not more than two lakhs, this city is a part of the Central Ganges Plain. Due to the location of Unnao, which is between two main junctions of the state: Lucknow and Kanpur, this city is accessible from both the places. Surrounded by Hardoi, Raebareli, Lucknow and Ganga, this city has a unique history. 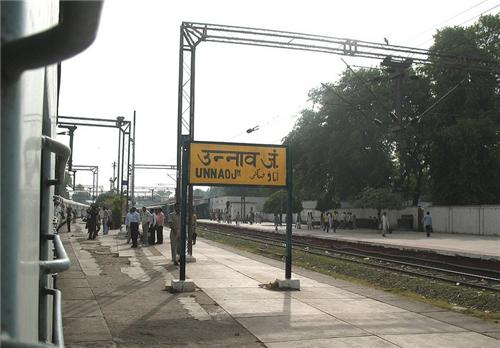 More than 1200 years ago, city of Unnao had extensive forests. In about 12th century, Chauhan Rajput Godo Singh destroyed these forests and found a small town called Sawai Godo. This town was then ruled by Khande Singh, ruler of Kannauj. Unwant Singh, a Bisen Rajput defeated then governor Khande Singh and conquered Sawai Godo. Unwant Singh renamed this city with his name, thus the city is now known as Unnao. Unwant Singh also built a fort for himself in this place.

Places to Visit in Unnao

Along with its unique history of existence, this city has various places to visit. Due to its origin of forests, there is wildlife sanctuary in Unnao where you can get a glimpse of various wild animals of the forests. Along with wildlife sanctuaries, this city also has many temples like Shiv temple, Kalyani Temple, Purna Devi temples which are worth a visit.

How to Reach Unnao

Unnao is accessible from other parts of the country by both railways and airways.

Unnao is well connected by railways. Unnao station serves as the main junction for various stations like Raebareli, Hardoi, Balamau, and Allahabad. Major cities of India like Mumbai, Delhi, Kochi, Jaipur, Banglore Chennai, Cuttack and many other are directly connected with Unnao by railways. There are multiple trains running from these stations.

Amausi airport at Lucknow is the nearest airport to the city of Unnao. It is located about 50 kilometres from Unnao. You can then catch a taxi from here. It will take about one and half hour to reach Unnao. Taxi fares are approximately Rs 9- Rs 15 per kilometre based on the car or taxi selected.

Unnao is surrounded by mountains and also is near the Ganges plain. Ganga and Sai are the main rivers of the city. Other rivers flowing here include the Kalyani, the Tanai, the Loni and various other tributaries of Ganga. There are large numbers of lakes in the city of Unnao. These lakes hold water for all round the year, thus reducing the shortage of water in the city. Due to its close proximity to the mighty river Ganga, Unnao has the highly fertile land and soil here is alluvial.

Like most other cities of India, Unnao enjoys winters for four months: November to February. The temperature in these months is between 18 degrees to 25 degrees. Lowest temperature is recorded in the month of January each year. From March to October, the temperature even touches 40 degrees. May is recorded as the hottest month in Unnao.

About Health Care in Unnao

The city of Unnao is well known for its leather. Tanning is one of the biggest industries in Unnao. Leather goods of Unnao are famous worldwide. Another established industry of Unnao is the printing and dyeing industry. Unnao is popular for dyeing quilts or ‘lihaf.’ Mosquito nets are also produced in large quantities by the residents of Unnao.

Visiting a city which itself is built within a forest, is a memorable experience in itself. Here you will not only get to view the wildlife but also get the blessings of the famous Ganga River as well as of the various god in the temples. Each of them has its own significance.